A new minor version of Meiga is out. This time there are no new features, only bugfixes and a more robust building process that now makes possible to publish Meiga from a Ubuntu PPA. 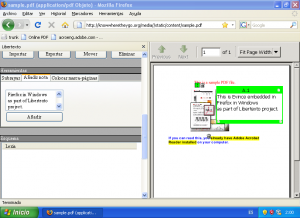 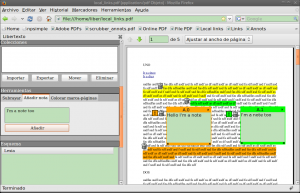 I’ve recalled about my old Shishen Sho game, originally developed for N810 (Maemo4) and I was wondering if it would compile for N900 (Maemo5). Well, after some minor corrections to make it work in a more recent version of Vala, it compiled. You can downloaded it here:

Disclaimer: It’s compiled “as is”, with no adaption for sliding menus, no new hardware keys and no new fancy features. It just works and will let you have a good time while waiting for the bus.

Do you have a Fonera (version 1) router? Now Meiga can talk to it to redirect ports, so content sharing to the Internet is going to be easier for you from now on.

By now this feature is only in the git HEAD, but stay tuned for more features to come and for a new release to be published.

This new release doesn’t use GtkBuilder anymore, so the GUI problems caused by incompatibilities between GtkBuilder versions shouldn’t be noticed now.

Files are now iterated instead of being mapped into memory. This makes Meiga a little bit slower but allows execution on low memory machines, as suggested by Steven.

Meiga now also works in Karmic. Just use the Jaunty packages and they will work fine. You can get it from http://meiga.igalia.com.

Some simple steps to do tethering over bluetooth to connect to Yoigo Spanish carrier:

To connect to the internet, simply open a terminal and type:

Thanks to this post, which was used as a reference on how to connect using Nokia devices.

Great! Due to Rajeesh K Nambiar effort and dedication, Meiga is now an official package for Fedora.

Thank you very much, Rajeesh!

This weekend I’ve taken advantage of our hackfest sessions at Igalia winter summit and have prepared a new “Halloween” version of Meiga.

The new version solves the bug pointed by xvi82 and ensures that Meiga compiles properly on Ubuntu Karmic (but no Karmic packages are provided yet). In addition, it has improved HTML headers to show a page title and set the proper character encoding. It also has a pending/total transfer counter, so you will know when you can safely exit Meiga without breaking any download.