This afternoon, listening Dape‘s comments, I’ve been curious about Python and decided to give it a try.

Looking at the official documentation I discovered that it’s much like pseudocode and indent and colons (“:”) play an important role in the language. It hasn’t semicolons (“;”) and follows the rule “a line, a sentence”. It’s a very curious language… and doesn’t seems difficult to learn.

As some of you already know, I like KDE very much, so I decided to research about if a KDE program could be made using Python. I discovered PyKDE, but it isn’t included in Sarge. I found also a tutorial on writing Qt applications, so I give it a try. It seemed interesting. 🙂 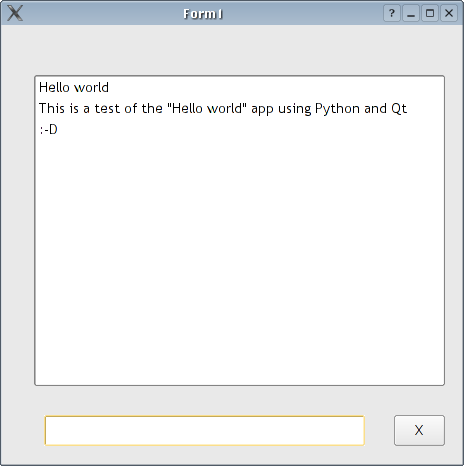