This has been a very intense week at Gran Canaria Desktop Summit. I’m very glad about the good reception that Meiga talk had among the Gadec-ES public. Now it’s time for taking advantage of all this work and update the Meiga website with the slides prepared for the talk. I’m sure that anyone wanting to contribute or to understand the project will find valuable information on them. 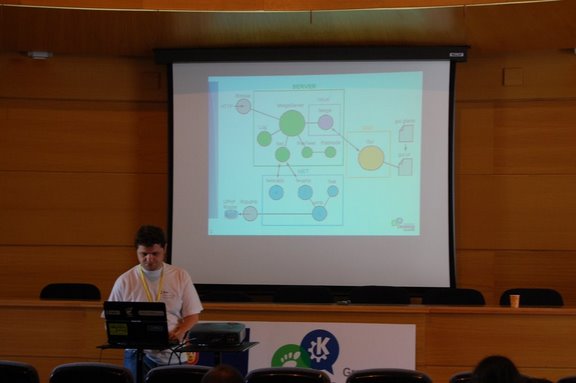 But not everything has been about explaining our work. I’ve learnt a lot of new things and found new ideas to improve Meiga in the future. I’m not going to talk here about the rest of the talks given by Igalia people. You can read about that on the planet. I prefer to focus on some of the other most interesting talks I’ve attended to: